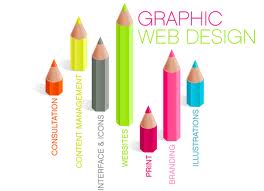 There are many fields in which you can make a mark by earning online these days. One of which is Graphic Designing. However, it is quite unfortunate that people don’t seem to have enough information when they choose to opt for this method to earn online. The simple reason behind this is that they are too eager towards making cash for themselves within blink of an eye that they actually forget what actually needs to be done before even a penny could be earned. So let’s try to solve this mystery for newbie’s in this field and clearly mention What Does a Graphic Designer Do.

Basically a Graphic Designer can do a lot of things related to designing things. It is because with the rapid growth of expansion in business, technology and news way to market the demand to create n design things has increased. Like for example, the advent of 3D movies and 3D animated Cartoon Movies is a clear example of this. So it can be seen that a graphic designer can actually create a 3D Model too.

However in layman’s language, it can be said that a Graphic Designer can have following things to do in his job description. it can vary from firm to firm.

However, it has to be said that by no way it means that graphic designing is an easy job to do. You have to burn the midnight oil to actually become a master at it. Each and every further dimension of a simple graphic designing term requires ultimate training and practice to be done and without it, it becomes really difficult for people to achieve their goals.

Inventions of the Future

About The Globe Press